Br(u)no: The Heart of the Two-wheel World 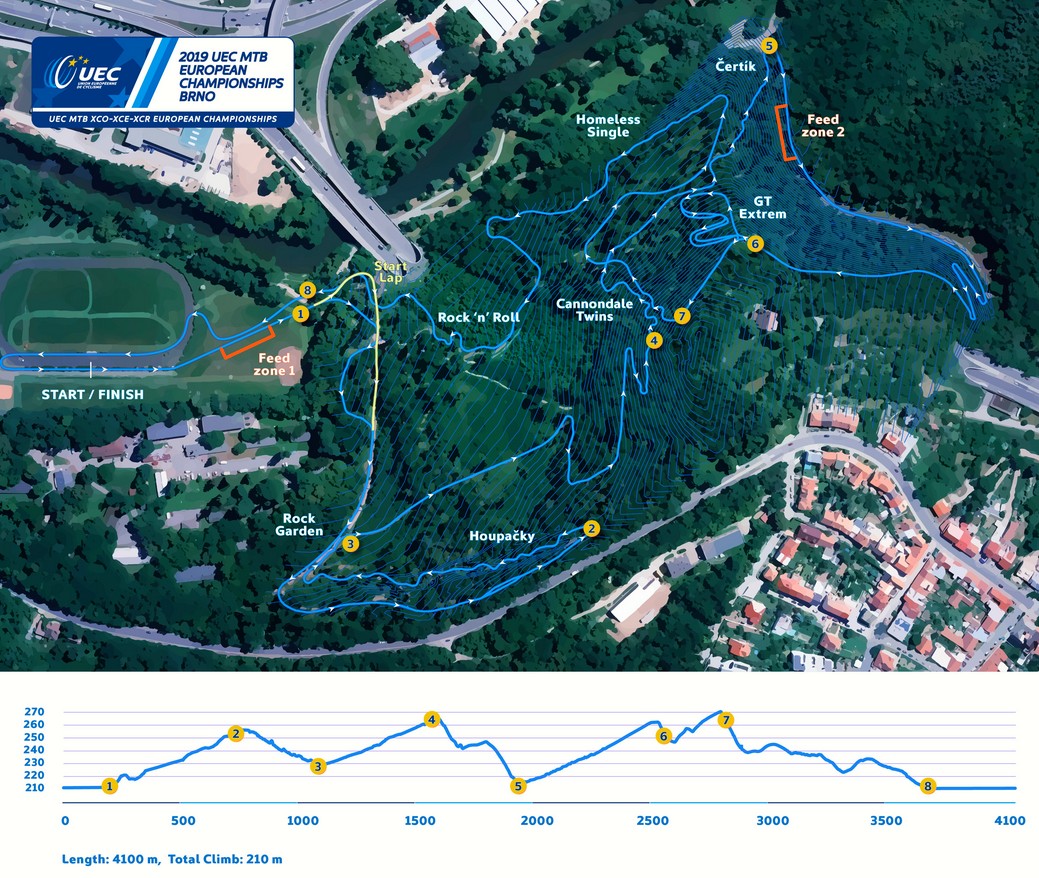 The Mountain Bike European Championships will compete over a complex, up-and-down course today and tomorrow in Pisárky. Admission is free. Photo credit: www.mtbbrno.eu.

The Tour de France is clearly the pre-eminent cycling event in the world. It will finish tomorrow through the streets of Paris and the best road racer in the world will sip a celebratory glass of champagne.

However, the attention of much of the two-wheel world will actually be focused on Brno today and tomorrow and then again next weekend.

First, the UEC Mountain Bike European Championships have been tearing up and down the hills over the Pisárky Tunnel for the past two days. Today are the three championship races. Tomorrow, on Sunday, are the elite-category races for athletes who are competing for prize money and, more importantly, points in order to qualify for the 2020 Tokyo Summer Olympics. The event is free for spectators on both days.

Then, next week, motorized bikes take center stage. The Czech Republic motorcycle Grand Prix will put the city of Brno in the sports highlights on newscasts that will be broadcast around the world. More than 80,000 fans will descend upon this area for the weekend of racing at Masarykův Okruh just west of the Žebětín. Many locals leave town, but adventurous people who value experiences stick around to watch the races (and mix into the wild nightlife). Tickets are still available.

Brno, like many forward-thinking towns, is slowly adapting roads and pathways to make it easier to use bicycles for moving around. It is working: Brno is clearly a biking city.

Bikes are everywhere. They are on the streets, on the bike paths, and barreling through the trees. They are out at night, in the winter and between cars inside of commuter traffic.

Brno has done a lot of work to create the infrastructure to accommodate all of these bikes (not to mention the walkers, joggers and other people-moving machines that use the bike paths). Designated routes cut through and connect every part of the city. Several mountain bike trails are maintained within the city limits, including the network that will be used for the mountain biking championships. And detailed bike routes extend far beyond the city boundaries.

There are bike lanes that carve a space out of the roadways. Office buildings have special cages and bike racks. And a regular cottage industry of snack bars and refreshments stands line the popular routes.

And, serving as the driving (riding?) force for it all, Brno has a very active community of bikers who are constantly pushing to make the city more biker friendly. Articles that address bicycle themes are among the most popular in Brno Daily, including the a recent one about a new path along Leskava Stream and another to connect Žebětín, Bystrc and Kohoutovice.

In any case, this weekend and the next will bring the best athletes in their sports to Brno. It is a perfect time to take a break, get down off the saddle and watch the top athletes in the world handle their two-wheel conveyances.

The Mountain Bike European Championships started Thursday and continue today and tomorrow. The main grandstand is behind the Anthropos Museum in Pisárky.

For a city that is used to actively biking, it may be strange to watch biking as a spectator sport (although the lack of parking is a good reason to ride to and from the event.) Nevertheless, it will be worth it to appreciate the act of riding a bike up and down a difficult course — through sections named Rock Garden, Homeless Single and Rock n’ Roll — with the determination of an athlete who hopes for a place on their nation’s Olympic team. The blood, sweat and tears, right there in front of you, and the force that is put into each turn of the pedal will serve as a powerful example of human endurance and strength. It is inspirational.

Saturday has three championship races: Junior Women at noon; Junior Men at 2 p.m.; and U23 Women at 4 p.m.

Next weekend, athletes of a different type will come to Brno. With enough full-body strength to control a powerful two-wheel rocket, professional motorcycle racers also exhibit an extraordinary amount of fearlessness to average more than 160 kmh for 21 laps that are 5.403 km long and feature 15 turns over what will probably be a scorching hot track in front of tens of thousands of screaming fans.

Tickets are still available. Gallery Vaňkovka, until the end of the month, will have tickets at pre-sale prices. Gold and Silver tickets are available. Tickets can also be purchased either in person at the TO JE Brno information center on Panenská Street on the ground floor of the Domini parking house, or online at czechgp.com and gp.ticbrno.cz.

Next week’s column: The German Invade Brno for the CzechGP.

Facebook Comments
https://test.brnodaily.cz/2019/07/27/column/bruno-the-heart-of-the-two-wheel-world/https://test.brnodaily.cz/wp-content/uploads/2019/07/MTB_Championships_Map-1024x865.jpghttps://test.brnodaily.cz/wp-content/uploads/2019/07/MTB_Championships_Map-150x127.jpg2019-07-27T08:20:38+02:00Bruno ZalubilColumnbike,Brno Urban Guide,Events in Brno,Moto GP,Sport,Things To Do in BrnoThe Mountain Bike European Championships will compete over a complex, up-and-down course today and tomorrow in Pisárky. Admission is free. Photo credit: www.mtbbrno.eu. The Tour de France is clearly the pre-eminent cycling event in the world. It will finish tomorrow through the streets of Paris and the best road...Bruno ZalubilBruno Zalubilbzalubil@hotmail.comAuthorA connoisseur of the unpredictable and unscripted drama of sports.Brno Daily (test) 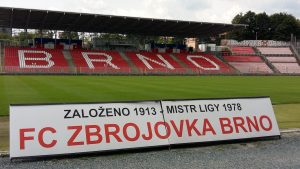 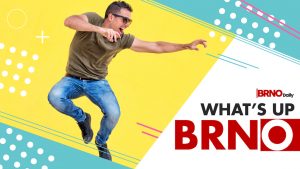 A connoisseur of the unpredictable and unscripted drama of sports.
View all posts by Bruno Zalubil →
« Brno’s City Center to be Cooled by Sprinkling Water
Caught on Video: Man Falls Asleep in Public in Brno, Gets Robbed Twice »