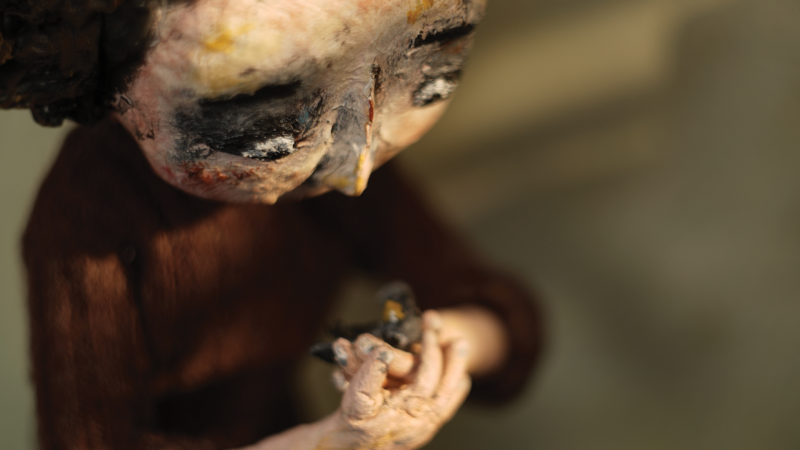 Brno, Sep 19 (BD) – As a director and student of the Film and TV School of the Academy of Performing Arts (FAMU) in Prague, Kashcheeva became the third Czech director to win this prize, after Jan Svěrák (Oil Gobblers, 1989) and Marie Dvořáková (Who’s Who in Mycology, 2017).

Daughter reached the final of the student Oscars from a field of 1,615, and has already achieved many other successes.

Kashcheeva explained the concept behind her prize-winning film: “Daughter is my bachelor puppet animation drama. The film’s key theme is the father-daughter relation, a very personal and important topic to me. To draw viewers into my world of memories, I made the film with a hand-held camera feel, big close-ups, low depth of field and a lot of motion, lending it an authentic immediacy and a para-documentary nature. To show the characters’ emotions with facial expressions, I paint the eyes directly on the puppets’ faces, giving them a lot of life and an intensive expression of the characters’ emotions.”

Kashcheeva’s 15-minute long animated short premiered and scored great success at Annecy in June, winning two major awards: the Cristal Award for a Graduation Film and Junior Jury Award for a Graduation Film. The film was also a part of Czech Films’ 2018-2019 selection at the 54th Karlovy Vary Film Festival (KVIFF) and is currently continuing its fantastic year of festival success at Toronto IFF.

“I am extremely happy to be able to represent our school in front of the American Academy in such a prestigious competition as the Student Academy Awards,” said Kashcheeva. “It is a great honor for FAMU, for the Czech Republic and of course for me. This success represents the highest level for creators and encourages me to work with even greater commitment.”

Daughter was produced by Zuzana Roháčová at Prague’s FAMU in co-production with MAUR film, a Czech production company with many years of experience in the field of animation. The production was supported by the Czech Film Fund as part of a package of three short animations called Three Voices, with a total cost of EUR 15,294.

Helena Bezděk Fraňková, director of the State Film Fund, said:. “The Student Oscar has returned to FAMU after 30 years. The prestigious award for Daughter is a great success for Czech cinema and encourages other young filmmakers. We must not forget that another Czech film, “Let the Dragon”, arrived in the semifinals,” adding that “the award is a confirmation of the high quality of Czech film school students.

Daughter is the story of a girl who finds a dead bird and wants to share her pain with her father, but he is concerned only about her worries and doesn’t pay attention to her wishes. The girl rocks in her inner world. Only as an adult and in the hospital, when her father is dying, does his daughter understand that he has always loved her.

Kashcheeva chose a unique art form for this film, in which she created highly realistic shots using a portable camera, which is very complicated for the shooting of a puppet film.

Freelance Director, Producer, Journalist since 2001, Photographer, Cinematographer and Editor working for 28 years in the Show Biz.
View all posts by Emanuele Ruggiero →
« Announcement
Spilberk To Turn Red To Mark 120 Years of VUT »