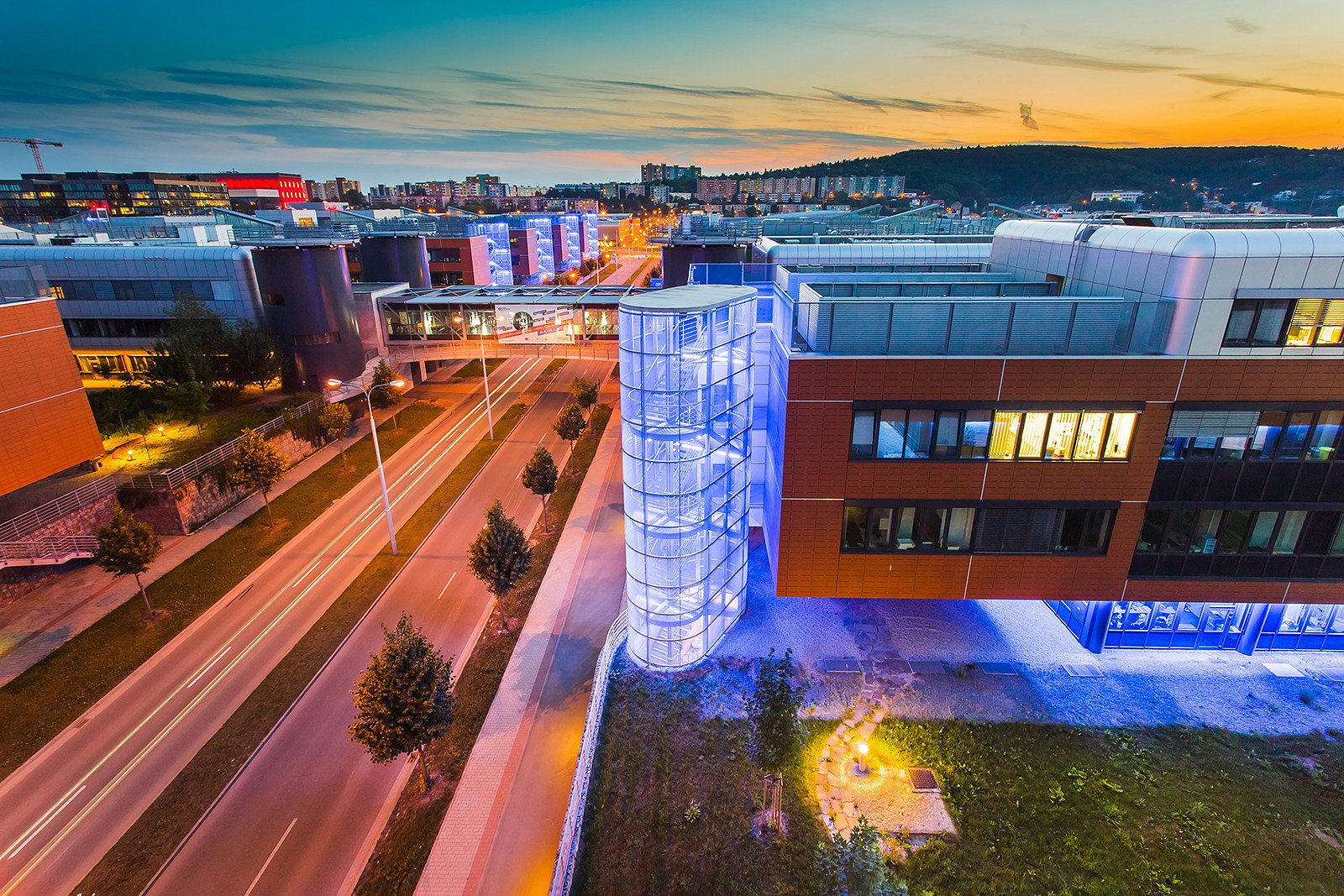 Until now, Technology Park has been owned by the City of Brno and multinational company P&O. On Tuesday Brno City Councillors decided to acquire all the remaining shares. In photo: JIC INBIT, Campus. Credit: JIC.

Brno, Oct 4 (BD) –  Technology Park in the north of Brno provides office space to many international companies, including IBM, Red Hat, Vodafone Czech Republic, Hewlett Packard and others. The project developer of Technology Park is the joint stock company Technologický Park Brno, which is a joint investment between the City of Brno and the British multinational company P&O Estates/Istithmar World. P&O has decided to sell its shares, but councillors from the South Moravian Region declined the offer to buy them. “The City of Brno subsequently received an offer for sale from P&O Netherlands B.V under the same conditions as the South Moravian Region,” according to the official press release. The price is EUR 21.5 million.

“P&O Netherland’s offer expires on November 5th this year. The company has undertaken not to sell the shares to another interested party before that date,” said Markéta Vaňková (ODS), Mayor of Brno. At Tuesday’s meeting most city councillors agreed with this offer.

If Brno acquires the shares, it will become the sole owner. The long-term private developer Trikaya was also interested in buying P&O’s shares, but last week announced that they considered the cost to be excessive.

Supporters of the purchase believe that public sector ownership is an advantage, which could influence the strategic development of the park and encourage leases to innovative firms. “If a private investor had entered, they could have a completely different intention,” former Mayor Petr Vokřál (ANO) told Czech TV.

The facility houses the South Moravian Innovation Center, a firm of the South Moravian Region, where successful start-ups are based, but they have no place to rent offices near where they started. The location of Technology Park is a big advantage, in the neighbourhood of the campus of Brno University of Technology and research centers CEITEC (Central European Institute of Technology) and AdMaS (Advanced Materials, Structures and Technologies), which offer client companies benefits in the form of qualified graduates for their workforce and opportunities to collaborate on research and development projects.

According to Brněnský deník, opponents of the decision include the Brno+ association and its chairman Robert Kotzian: “The result will be a city that is more than half a billion poorer, without gaining what is necessary for its administration.” In his opinion, the city should focus more on the possibility of buying the currently French-owned stake in Brno Water and Sewerage that he considers to be more important.

A student of journalism and international relations, mainly interested in current topics, but also in media, culture and its impact on our lives.
View all posts by Kamila Jablonická →
« South Moravia’s Elite Police Intervention Unit Is the Best In The Czech Republic
61st International Engineering Fair To Begin on Monday »