30 Years On, More Than A Third Of Czechs Over 40 Think Life Was Better Before The Velvet Revolution 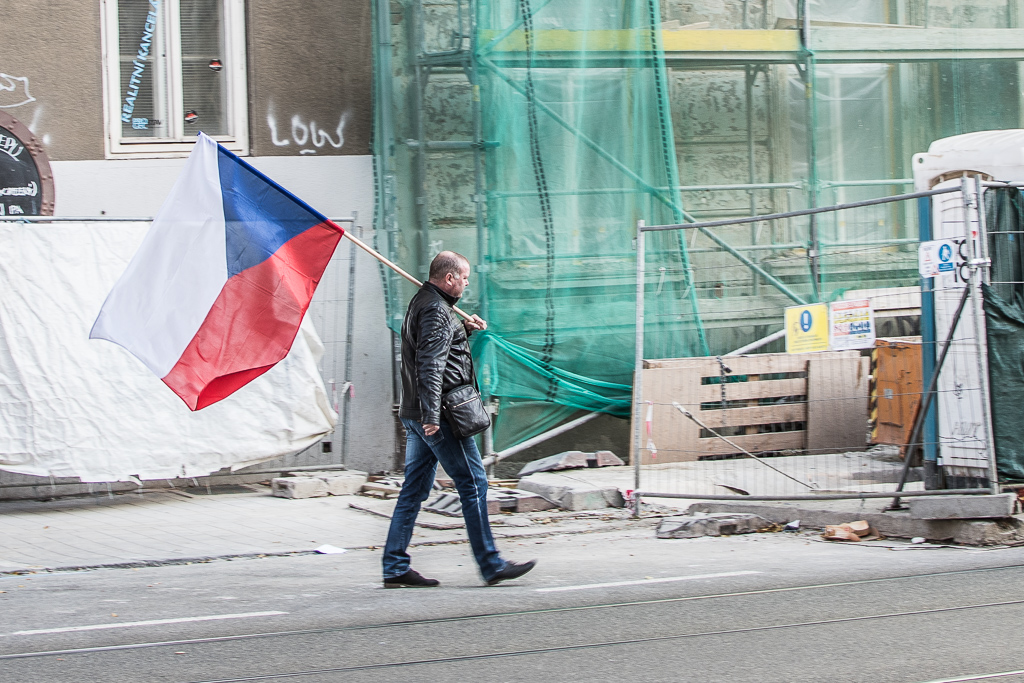 Czechs and Slovaks will celebrate the 30th anniversary of the Velvet Revolution in November. With the celebrations comes much analysis and (re)evaluation of the years since. A recent survey by NMS Market Research for Memory of a Nation [Paměť národa] asked whether Czechs are satisfied with their lives since 1989. Photo: Casadei Graphics.

Brno, 24 Oct (BD) – Only 36% of Czechs over the age of 40 are clearly positive about the Velvet Revolution. Opinions on the Velvet Revolution and life before 1989 vary according to education and age; older and less educated people perceive the pre-revolutionary era more positively. The younger generation reject communism, and are more likely to want the Communist Party (KSCM) banned. The survey effectively confirms the polarization of Czech society that has been evident in parliamentary and presidential elections in recent years.

More than a third of Czechs over 40 think that life was better before 1989. Among those with only elementary education or apprenticeships, the figure rises to 52%. For those with secondary level education, around a third expressed the same opinion. On the other hand, people with higher education tend not to see the past in such rosy colours – only 16% of them think life was better before the revolution.

When it comes to the economy, Czechs are more on the side of liberal democracy than socialism. Three fifths of Czechs think the economic situation of the Czech Republic is better than before 1989. Half believe that their standard of living has improved since 1989; about a quarter disagree, and another quarter could not answer this question.

However, only 38% believe that the Czech Republic today has a system of law and justice comparable to Western countries.

Mikuláš Kroupa, director of Post Bellum and founder of Memory of a Nation warns against resignation, as well as the danger that we fill our inner emptiness with hatred, which could possibly lead to totalitarian regime. “It seems to me that a significant part of the population tends to throw up their hands as if resigned, easier to be manipulated by the idea that everything is lost, there is no hope, and that everyone will lie and steal. More often, these people say that democracy has failed, has not fulfilled our dreams of wealth, and that therefore it was better under socialism.”

According to the survey, only a quarter of Czechs actively participated in the Velvet Revolution, attending demonstrations, wearing a tricolor, or participating in a general strike. There was a fair consensus among respondents about who was perceived as the main “leader” of the Velvet Revolution. For 61% of people it was Václav Havel, the playwright and dissident who was later elected Czech president.

Two-fifths of Czechs would approve of banning KSČM, with Czechs under the age of 39 (51%) and college students (49%) more strongly in favour. On the other hand, 54% of Czechs over 40 would not support a ban.

The survey used a representative sample of 1000 respondents across the Czech Republic, from smaller and large cities (from 2,000 to 100,000 inhabitants and more).

“Most Poles, Czechs and Lithuanians, and more than four-in-ten Hungarians and Slovaks, believe the economic situation for most people in their country is better today than it was under communism.”

Facebook Comments
https://test.brnodaily.cz/2019/10/24/news/politics/30-years-on-more-than-a-third-of-czechs-over-40-think-life-was-better-before-the-velvet-revolution/https://test.brnodaily.cz/wp-content/uploads/2019/10/Political-protests-against-Babis-Brno-November-17-2018-4-1024x683.jpghttps://test.brnodaily.cz/wp-content/uploads/2019/10/Political-protests-against-Babis-Brno-November-17-2018-4-150x100.jpg2019-10-24T18:04:01+02:00Kamila JablonickáNewsPoliticsBrno,Czech Republic,History,News,PoliticsCzechs and Slovaks will celebrate the 30th anniversary of the Velvet Revolution in November. With the celebrations comes much analysis and (re)evaluation of the years since. A recent survey by NMS Market Research for Memory of a Nation asked whether Czechs are satisfied with their lives since 1989....Kamila JablonickáKamila Jablonickák.jablonicka@seznam.czAuthorA student of journalism and international relations, mainly interested in current topics, but also in media, culture and its impact on our lives.Brno Daily (test)

A student of journalism and international relations, mainly interested in current topics, but also in media, culture and its impact on our lives.
View all posts by Kamila Jablonická →
« Nine Practical Tips For Your First Month In Brno
In Photos: New Wellness Facility Opened at Lužánky Swimming Pool »